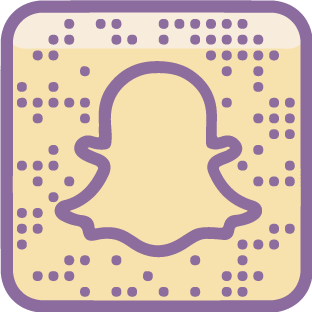 50 best photos from The Natural World

A buffalo cools off in a pond in the outskirts of Jammu in Kashmir. (Mukesh Gupta/Reuters) #

Clouds roll in and out of Paris, Texas, behind the Eiffel Tower replica. (Sam Craft/The Paris News via Associated Press)#

A zebra stands in its enclosure in the Berlin zoo. (Johannes Eisele/AFP/Getty Images) #

A lion’s mane jellyfish swims beneath the waters at the Farne Islands, England. The archipelago of 16 to 28 separate islands (depending on the tide) off Northumberland is a summer home to many kinds of wildlife. (Dan Kitwood/Getty Images) #

A female Amur tiger, Iris, licks its 7-week-old cub during one of their first walks in an open-air cage at the Royev Ruchey zoo in Krasnoyarsk, Russia. The Amur tiger is an endangered species. (Ilya Naymushin/Reuters) #

A snake at a snake farm in Zisiqiao village, also known as the snake town, in Zhejiang Province, China. Residents raise more than 3 million snakes a year for food and medicinal purposes. (Aly Song/Reuters)#

A swarm of bees, partly loaded with pollen, returns to its hive in Frankfurt am Main, Germany. (Frank Rumpenhorst/AFP/Getty Images) #

A one-week-old jaguar cub plays with her mother Rosa Salvaje at the National Zoo in Managua, Nicaragua. (Esteban Felix/Associated Press)#

A water bird flies over a Danube Delta canal next to Tulcea city, east of Bucharest. (Daniel Mihailescu/AFP/Getty Images) #

A rare baby Siamese crocodile hatches from an egg at the Lao Zoo outside Vientiane, Laos. Last month, 20 baby crocodiles were hatched from eggs found in a lake in southern Laos; they will eventually be released into the wild. (Wildlife Conservation Society/Associated Press) #

Two 3-month-old crowned lemurs lay on their mother’s back at the zoo in Mulhouse, France. Every year there are about 250 to 350 births at the Mulhouse zoo. (Sebastien Bozon/AFP/Getty Images)#

Horses fight during the Rapa Das Bestas traditional event in Sabucedo, Spain. Hundreds of wild horses are rounded up, trimmed, and groomed in Spain’s northwestern region of Galicia on the first weekend of July. (Miguel Vidal/Reuters) #

A swan walks through a green field in Kamp-Lintfort, Germany. (Roland Weihrauch/AFP/Getty Images) #

A chameleon waits to be weighed and measured in the reptile house at the London Zoo. Every year the keepers record the heights and weights of more than 750 different species in the International Species Information System, where they can be shared with zoos across the world. (Ki Price/AFP/Getty Images) #

Iblis, an Asiatic lion, plays with a recycled Christmas tree in his enclosure at the Chester Zoo in England. Unsold Christmas trees donated to the zoo are used in the animal enrichment program. (Phil Noble/Reuters) #

A pony grazes in a meadow at sunset in Lausanne, Switzerland. (Fabrice Coffrini/AFP/Getty Images) #

Water drops cling to the bottom of a leaf in Harrisonburg, Va. (Justin Falls/Daily News Record, via Associated Press) #

Kamchatka brown bear Mascha and one of her two 3-month-old cubs nuzzle in Hagenbecks Zoo in Hamburg, Germany. (Fabian Bimmer/Reuters) #

Ana Julia Torres kisses Jupiter, a lion rescued from a circus 12 years ago, at Villa Lorena shelter, in Cali, Colombia. Torres, 52, a teacher, founded the shelter, which protects about 600 animals seized from drug traffickers, circuses, animal traffickers, or abandoned by their owners. (Luis Robayo/AFP/Getty Images) #

Lesser flamingoes rest on their only breeding ground, Lake Natron, at the foot of Ol Doinyo Lengai in Tanzania. (Tony Karumba/AFP/Getty Images) #

Marine life is rich in the Indonesian waters of Raja Ampat between the Pacific and Indian oceans. (Ebram Harimurti/AFP/Getty Images) #

A new blue phalaenopsis orchid called “Blue Mystique” is sold by Bachman’s florists in Minneapolis. The color is achieved using a patented process from Europe that colors the flowers from the inside. (Chris Polydoroff/The St. Paul Pioneer Press via Associated Press)#

A colony of Gentoo penguins enters the water at the Sea Life London Aquarium in central London. The nine Gentoos are a new adition to the aquarium after being transfered from Edinburgh Zoo’s thriving colony. (Ben Stansall/AFP/Getty Images) #

A cat clings to a rock surrounded by rapids in Akron Falls Park in Akron, N.Y. (David Duprey/Associated Press) #

A giant panda cub holds on to a log at the Chengdu Research Base of Giant Panda Breeding in China. (China Daily/Reuters) #

A black rhino is transported by helicopter in South Africa. Nineteen of the critically endangered animals established by the WWF Black Rhino Range Expansion Project were moved from the Eastern Cape to a new location in Limpopo province. (Green Renaissance-World Wildlife Fund/Associated Press) #

A bird sits on a perch in Sausalito, Calif., as clouds passed over the San Francisco skyline. (Justin Sullivan/Getty Images) #

Tam Dao, a 2-week-old Francois leaf monkey, is presented to the media at Taronga zoo in Sydney. Less than 1,000 of the monkeys exist in the wild. (Daneil Munoz/Reuters) #

A polar bear jumps into the water at the St.-Felicien Wildlife Zoo in Quebec. (Mathieu Belanger/Reuters) #

A cicada emerges from its shell at a home in Fort Smith, Ark. There are more than 1,500 species of cicada. (Kaia Larsen/Times Record via Associated Press) #

A 4-day-old African spurred tortoise, one of eight babies, sunbathes on its mother’s head in the animal park in Nyiregyhaza, Hungary. (Attila Balazs/MTI via Associated Press) #

An owl perches in front of Greenpeace activists who were arrested for raising an inflatable model of a wind turbine in front of Congress in Brasilia. (Ueslei Marcelino/Reuters) #

Long-tailed mayflies mate on the surface of the Tisza river near Tiszakurt, Hungary. Millions of these short-lived mayflies engage in a frantic rush to mate and reproduce before they perish in just a few hours. (Laszlo Balogh/Reuters) #

Sheep graze on a field at the Siennese clays area near Asciano, Italy. The Crete Senesi, located in Tuscany, consists of an untouched natural landscape of hills and woods. (Max Rossi/Reuters) #

An Asian elephant sprays sand in its enclosure at the zoo in Karlsruhe, Germany. (Alex Domanski/Reuters) #

A pair of great gray owls, or Lapland owls, sit inside an open air cage at the Royev Ruchey zoo in Russia’s Siberian city of Krasnoyarsk.( Ilya Naymushin/Reuters) #

Tree frogs sit on a leaf at an amphibian feeding camp outside Hanoi. Vietnam’s first amphibian breeding farm was established in 2004 with the aim of promoting environmental awareness, conservation, and for export as pets. (Kham /Reuters) #

A turtle swims with sardines at the COEX Aquarium in Seoul, South Korea. (Lee Jin-man/Associated Press) #

A duck sits on top of volcanic ash from the eruption of the Grimsvotn volcano on a farm west of Skaftafell, Iceland. (Lucas Jackson/Reuters) #

A hawk attacks a rabbit during an annual traditional hunting competition near the village of Uzynagash, Kazakhstan. (Shamil Zhumatov/Reuters) #